The 'politics' of why scamsters go scot free 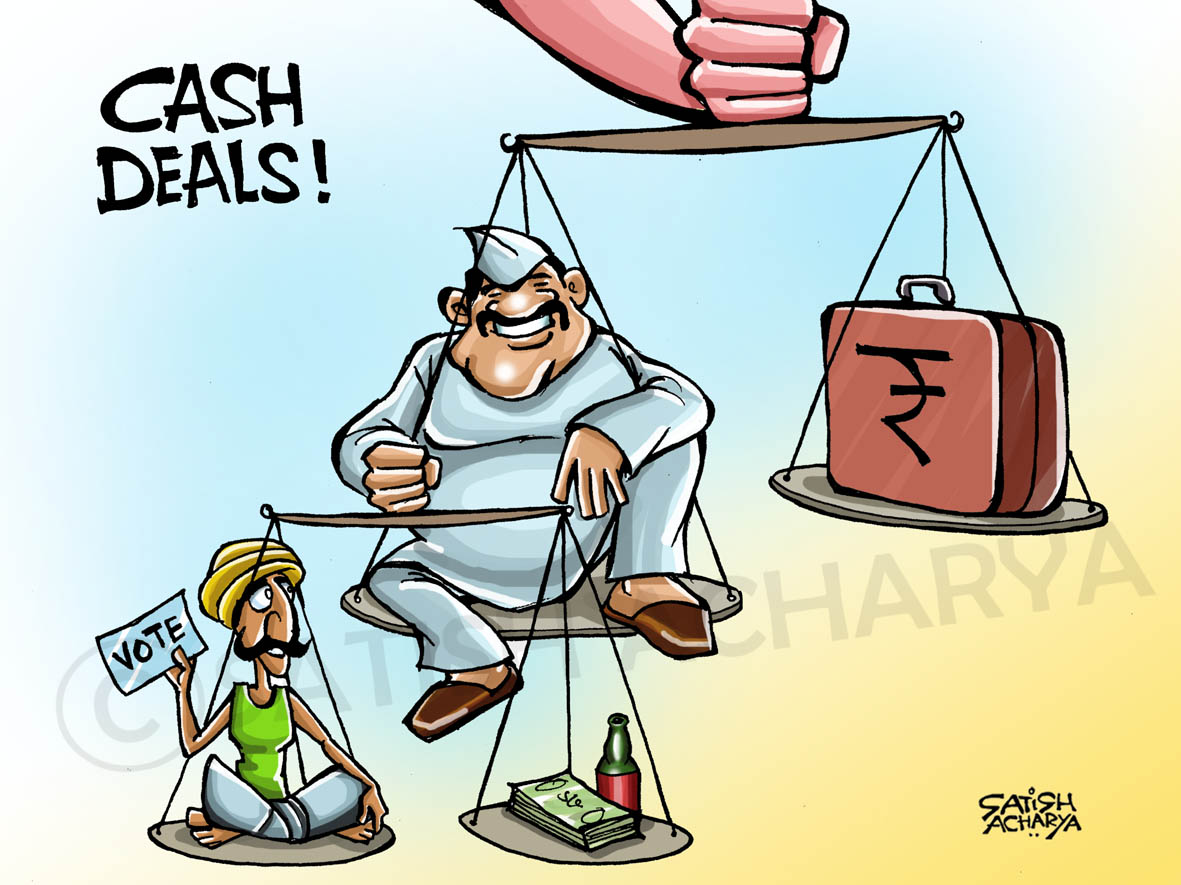 Indians always seem to sympathise with the losers. More so in politics, when a mere political defeat is thought to be punishment enough - and all the scams, excesses and misdeeds are forgotten.

We forgive and forget in too easy a manner and our politicians have got wind of it. They just wait it out in the opposition, doing nothing and perhaps investing and protecting their ill-gotten money, till it is time again for election. They come back with renewed vigour; richer after having the time and leisure to take care of their business interests, and in election time anyways, the attention and focus is on the incumbent and his corruption and misdeeds and the earlier incumbent is rarely spoken about.

And even in high profile cases of corruption, like say a Jaganmohan Reddy the feeling is that the voter does not bother much about corruption, and hence there is nothing much to talk about.

It all boils down to this. The voter feels that it is for the incumbent to prove himself and sees anything else as a distraction. Any action by the winner against the loser, whether justified or not could easily be misconstrued as 'political vendetta'. Take the case of Jaganmohan Reddy of the YSR Congress Party. His tenure in jail has given him a halo as a victim and whatever misdeeds committed by him during his father's rule seem inconsequential to his vote banks and the electorate in general. It is a different matter that he lost the election by a thin margin.

The winning side in the various state and parliament elections have understood this political dynamic. They file some cases enough to harass the opponent and keep him in check. They do not go about unearthing any of the scams or the ill-gotten wealth of their predecessors. It is also because each of these governments have different skeletons and want to keep theirs locked up and hence are not keen to rock the boat.

But more than that, it is a feeling that the victimhood drama could be played out so easily in Indian politics. The nuances of independent investigators and independence of the judiciary does not seem to matter much. The rationale goes like this; if one is in jail and if one is a politician it is the person in power who is to blame and no one else.

This could also be due to a constant misuse of the police and other organisations like the CBI that no one is willing to believe that they are independent in any sense.

Narendra Modi too would face the same dilemma. When and what to pursue of the scams during the UPA government? When to call it off before it gets too unpalatable to the voter?

Let us be frank. The average voter feels that any action taken by a government in pursuing the losers' misdeeds is only to divert attention from its deficiencies.

The governments will only go so far as their voters want them to go; and only so far as not to unite their opponent's vote base and believe me, one wrong move and it can happen overnight.